Save on Your Prescription

Print this free Concerta Coupon to get the lowest price on your prescription medication. This discount drug coupon is pre-activated and can be used immediately to save up to 75% at your pharmacy. This coupon is accepted at over 68,000 pharmacies nationwide, including: Walgreens, CVS Pharmacy, Walmart Pharmacy, Rite Aid, Kroger, Kmart Pharmacy, and Safeway. 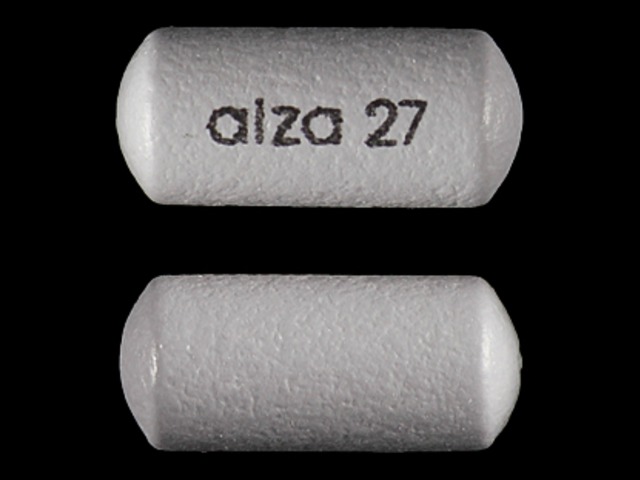 CONCERTA® is indicated for the treatment of Attention Deficit Hyperactivity Disorder (ADHD) in children 6 years of age and older, adolescents, and adults up to the age of 65.

Specific etiology of this syndrome is unknown, and there is no single diagnostic test. Adequate diagnosis requires the use of medical and special psychological, educational, and social resources. Learning may or may not be impaired. The diagnosis must be based upon a complete history and evaluation of the patient and not solely on the presence of the required number of DSM-IV characteristics.

CONCERTA® is indicated as an integral part of a total treatment program for ADHD that may include other measures (psychological, educational, social). Drug treatment may not be indicated for all patients with ADHD. Stimulants are not intended for use in patients who exhibit symptoms secondary to environmental factors and/or other primary psychiatric disorders, including psychosis. Appropriate educational placement is essential and psychosocial intervention is often helpful. When remedial measures alone are insufficient, the decision to prescribe stimulant medication will depend upon the physician's assessment of the chronicity and severity of the patient's symptoms.

CONCERTA® should be administered orally once daily in the morning with or without food.

CONCERTA® must be swallowed whole with the aid of liquids, and must not be chewed, divided, or crushed.

CONCERTA® is contraindicated in patients with marked anxiety, tension, and agitation, since the drug may aggravate these symptoms.

CONCERTA® is contraindicated in patients with glaucoma.

CONCERTA® is contraindicated during treatment with monoamine oxidase (MAO) inhibitors, and also within a minimum of 14 days following discontinuation of a MAO inhibitor (hypertensive crises may result)

Stimulant medications cause a modest increase in average blood pressure (about 2 to 4 mm Hg) and average heart rate (about 3 to 6 bpm), and individuals may have larger increases. While the mean changes alone would not be expected to have short-term consequences, all patients should be monitored for larger changes in heart rate and blood pressure. Caution is indicated in treating patients whose underlying medical conditions might be compromised by increases in blood pressure or heart rate, e.g., those with preexisting hypertension, heart failure, recent myocardial infarction, or ventricular arrhythmia.

Children, adolescents, or adults who are being considered for treatment with stimulant medications should have a careful history (including assessment for a family history of sudden death or ventricular arrhythmia) and physical exam to assess for the presence of cardiac disease, and should receive further cardiac evaluation if findings suggest such disease (e.g., electrocardiogram and echocardiogram). Patients who develop symptoms such as exertional chest pain, unexplained syncope, or other symptoms suggestive of cardiac disease during stimulant treatment should undergo a prompt cardiac evaluation.

Careful follow-up of weight and height in children ages 7 to 10 years who were randomized to either methylphenidate or nonmedication treatment groups over 14 months, as well as in naturalistic subgroups of newly methylphenidate-treated and nonmedication-treated children over 36 months (to the ages of 10 to 13 years), suggests that consistently medicated children (i.e., treatment for 7 days per week throughout the year) have a temporary slowing in growth rate (on average, a total of about 2 cm less growth in height and 2.7 kg less growth in weight over 3 years), without evidence of growth rebound during this period of development. Published data are inadequate to determine whether chronic use of amphetamines may cause similar suppression of growth; however, it is anticipated that they likely have this effect as well. Therefore, growth should be monitored during treatment with stimulants, and patients who are not growing or gaining height or weight as expected may need to have their treatment interrupted.

Difficulties with accommodation and blurring of vision have been reported with stimulant treatment.

Because the CONCERTA® tablet is nondeformable and does not appreciably change in shape in the GI tract, CONCERTA® should not ordinarily be administered to patients with preexisting severe gastrointestinal narrowing (pathologic or iatrogenic, for example: esophageal motility disorders, small bowel inflammatory disease, "short gut" syndrome due to adhesions or decreased transit time, past history of peritonitis, cystic fibrosis, chronic intestinal pseudoobstruction, or Meckel's diverticulum). There have been rare reports of obstructive symptoms in patients with known strictures in association with the ingestion of drugs in nondeformable controlled-release formulations. Due to the controlled-release design of the tablet, CONCERTA® should be used only in patients who are able to swallow the tablet whole.

The following additional adverse reactions have been identified during postapproval use of CONCERTA®. Because these reactions are reported voluntarily from a population of uncertain size, it is not always possible to reliably estimate their frequency:

CONCERTA® should not be used in patients being treated (currently or within the preceding 2 weeks) with MAO inhibitors.

Because of possible increases in blood pressure, CONCERTA® should be used cautiously with vasopressor agents.

Human pharmacologic studies have shown that methylphenidate may inhibit the metabolism of coumarin anticoagulants, anticonvulsants (eg, phenobarbital, phenytoin, primidone), and some antidepressants (tricyclics and selective serotonin reuptake inhibitors). Downward dose adjustment of these drugs may be required when given concomitantly with methylphenidate. It may be necessary to adjust the dosage and monitor plasma drug concentrations (or, in the case of coumarin, coagulation times), when initiating or discontinuing concomitant methylphenidate.