Save 17% on Your Prescription

Print this free Strattera Coupon to get the lowest price on your prescription medication. This discount drug coupon is pre-activated and can be used immediately to save up to 75% at your pharmacy. This coupon is accepted at over 68,000 pharmacies nationwide, including: Walgreens, CVS Pharmacy, Walmart Pharmacy, Rite Aid, Kroger, Kmart Pharmacy, and Safeway. 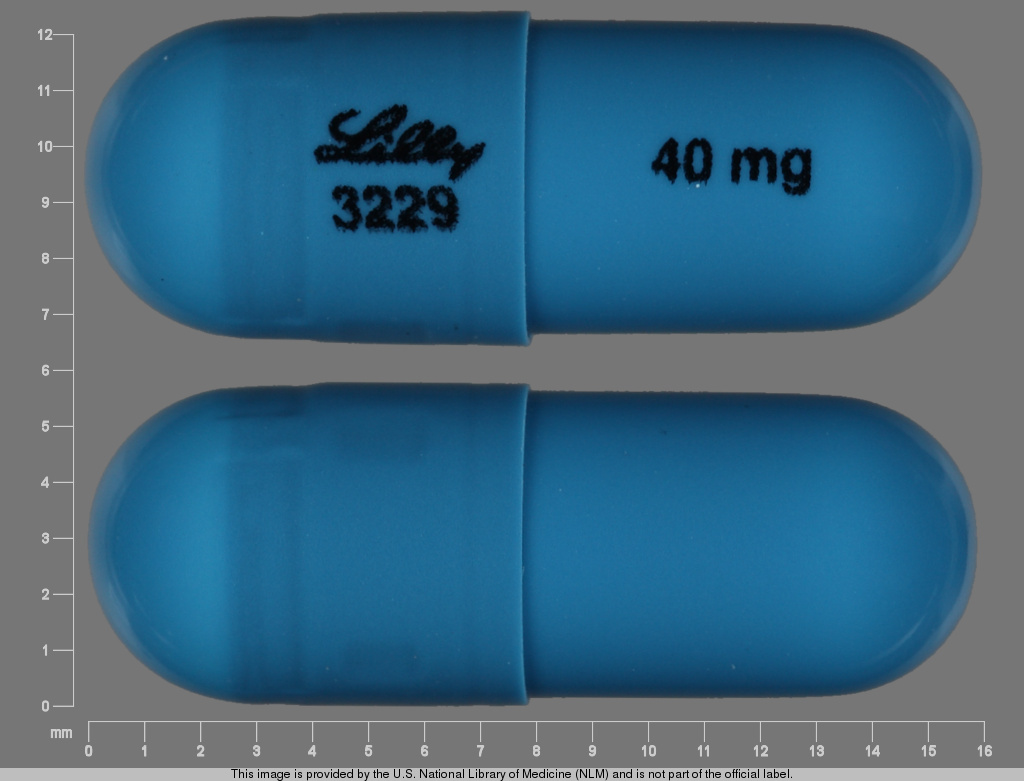 STRATTERA is indicated for the treatment of Attention-Deficit/Hyperactivity Disorder (ADHD).

A diagnosis of ADHD (DSM-IV) implies the presence of hyperactive-impulsive or inattentive symptoms that cause impairment and that were present before age 7 years. The symptoms must be persistent, must be more severe than is typically observed in individuals at a comparable level of development, must cause clinically significant impairment, e.g., in social, academic, or occupational functioning, and must be present in 2 or more settings, e.g., school (or work) and at home. The symptoms must not be better accounted for by another mental disorder.

The specific etiology of ADHD is unknown, and there is no single diagnostic test. Adequate diagnosis requires the use not only of medical but also of special psychological, educational, and social resources. Learning may or may not be impaired. The diagnosis must be based upon a complete history and evaluation of the patient and not solely on the presence of the required number of DSM-IV characteristics.

STRATTERA is indicated as an integral part of a total treatment program for ADHD that may include other measures (psychological, educational, social) for patients with this syndrome. Drug treatment may not be indicated for all patients with this syndrome. Drug treatment is not intended for use in the patient who exhibits symptoms secondary to environmental factors and/or other primary psychiatric disorders, including psychosis. Appropriate educational placement is essential in children and adolescents with this diagnosis and psychosocial intervention is often helpful. When remedial measures alone are insufficient, the decision to prescribe drug treatment medication will depend upon the physician's assessment of the chronicity and severity of the patient's symptoms.

STRATTERA may be taken with or without food.

STRATTERA can be discontinued without being tapered.

STRATTERA capsules are not intended to be opened, they should be taken whole.

The safety of single doses over 120 mg and total daily doses above 150 mg have not been systematically evaluated.

It is generally agreed that pharmacological treatment of ADHD may be needed for extended periods. The benefit of maintaining pediatric patients (ages 6-15 years) with ADHD on STRATTERA after achieving a response in a dose range of 1.2 to 1.8 mg/kg/day was demonstrated in a controlled trial. Patients assigned to STRATTERA in the maintenance phase were generally continued on the same dose used to achieve a response in the open label phase. The physician who elects to use STRATTERA for extended periods should periodically reevaluate the long-term usefulness of the drug for the individual patient.

All pediatric patients being treated with STRATTERA should be monitored appropriately and observed closely for clinical worsening, suicidality, and unusual changes in behavior, especially during the initial few months of a course of drug therapy, or at times of dose changes, either increases or decreases.

Families and caregivers of pediatric patients being treated with STRATTERA should be alerted about the need to monitor patients for the emergence of agitation, irritability, unusual changes in behavior, and the other symptoms described above, as well as the emergence of suicidality, and to report such symptoms immediately to healthcare providers. Such monitoring should include daily observation by families and caregivers.

STRATTERA should be discontinued in patients with jaundice or laboratory evidence of liver injury, and should not be restarted.

STRATTERA should be used with caution in patients whose underlying medical conditions could be worsened by increases in blood pressure or heart rate such as certain patients with hypertension, tachycardia, or cardiovascular or cerebrovascular disease. It should not be used in patients with severe cardiac or vascular disorders whose condition would be expected to deteriorate if they experienced clinically important increases in blood pressure or heart rate. Pulse and blood pressure should be measured at baseline, following STRATTERA dose increases, and periodically while on therapy to detect possible clinically important increases.

The following adverse reactions have been identified during post approval use of STRATTERA. Unless otherwise specified, these adverse reactions have occurred in adults and children and adolescents. Because these reactions are reported voluntarily from a population of uncertain size, it is not always possible to reliably estimate their frequency or establish a causal relationship to drug exposure.

Seizures — Seizures have been reported in the postmarketing period. The postmarketing seizure cases include patients with pre-existing seizure disorders and those with identified risk factors for seizures, as well as patients with neither a history of nor identified risk factors for seizures. The exact relationship between STRATTERA and seizures is difficult to evaluate due to uncertainty about the background risk of seizures in ADHD patients.

With other drugs that affect brain monoamine concentrations, there have been reports of serious, sometimes fatal reactions (including hyperthermia, rigidity, myoclonus, autonomic instability with possible rapid fluctuations of vital signs, and mental status changes that include extreme agitation progressing to delirium and coma) when taken in combination with an MAOI. Some cases presented with features resembling neuroleptic malignant syndrome. Such reactions may occur when these drugs are given concurrently or in close proximity

In extensive metabolizers (EMs), inhibitors of CYP2D6 (e.g., paroxetine, fluoxetine, and quinidine) increase atomoxetine steady-state plasma concentrations to exposures similar to those observed in poor metabolizers (PMs). In EM individuals treated with paroxetine or fluoxetine, the AUC of atomoxetine is approximately 6- to 8-fold and Css, max is about 3- to 4-fold greater than atomoxetine alone.

Because of possible effects on blood pressure, STRATTERA should be used cautiously with antihypertensive drugs and pressor agents (e.g., dopamine, dobutamine) or other drugs that increase blood pressure.

STRATTERA should be administered with caution to patients being treated with systemically-administered (oral or intravenous) albuterol (or other beta2 agonists) because the action of albuterol on the cardiovascular system can be potentiated resulting in increases in heart rate and blood pressure. Albuterol (600 mcg iv over 2 hours) induced increases in heart rate and blood pressure. These effects were potentiated by atomoxetine (60 mg BID for 5 days) and were most marked after the initial coadministration of albuterol and atomoxetine. However, these effects on heart rate and blood pressure were not seen in another study after the coadministration with inhaled dose of albuterol (200-800 mcg) and atomoxetine (80 mg QD for 5 days) in 21 healthy Asian subjects who were excluded for poor metabolizer status.

Consumption of ethanol with STRATTERA did not change the intoxicating effects of ethanol.