Save 10% on Your Prescription

Print this free Vyvanse Coupon to get the lowest price on your prescription medication. This discount drug coupon is pre-activated and can be used immediately to save up to 75% at your pharmacy. This coupon is accepted at over 68,000 pharmacies nationwide, including: Walgreens, CVS Pharmacy, Walmart Pharmacy, Rite Aid, Kroger, Kmart Pharmacy, and Safeway. 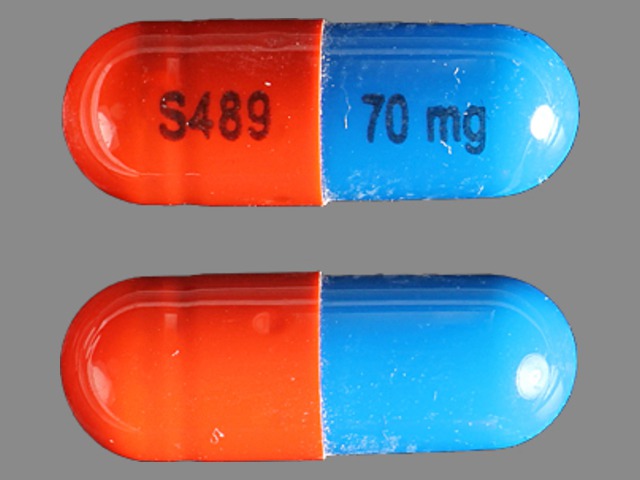 VYVANSE® is indicated for the treatment of Attention Deficit Hyperactivity Disorder (ADHD) and Moderate to Severe Binge Eating Disorder (BED) in adults.

VYVANSE is not indicated or recommended for weight loss. Use of other sympathomimetic drugs for weight loss has been associated with serious cardiovascular adverse events. The safety and effectiveness of VYVANSE for the treatment of obesity have not been established

Prior to treating children, adolescents, and adults with CNS stimulants, including VYVANSE, assess for the presence of cardiac disease (e.g., a careful history, family history of sudden death or ventricular arrhythmia, and physical exam).

To reduce the abuse of CNS stimulants including VYVANSE, assess the risk of abuse, prior to prescribing. After prescribing, keep careful prescription records, educate patients about abuse, monitor for signs of abuse and overdose, and re-evaluate the need for VYVANSE use.

Take VYVANSE by mouth in the morning with or without food; avoid afternoon doses because of the potential for insomnia.

Swallow VYVANSE capsules whole, or open capsules, empty and mix the entire contents with yogurt, water, or orange juice. If the contents of the capsule include any compacted powder, a spoon may be used to break apart the powder. The contents should be mixed until completely dispersed. Consume the entire mixture immediately. It should not be stored. The active ingredient dissolves completely once dispersed; however, a film containing the inactive ingredients may remain in the glass or container once the mixture is consumed.

Known hypersensitivity to amphetamine products or other ingredients of VYVANSE. Anaphylactic reactions, Stevens-Johnson Syndrome, angioedema, and urticaria have been observed in postmarketing reports.

Patients taking monoamine oxidase inhibitors (MAOIs), or within 14 days of stopping MAOIs (including MAOIs such as linezolid or intravenous methylene blue), because of an increased risk of hypertensive crisis.

CNS stimulants have been associated with weight loss and slowing of growth rate in pediatric patients. Closely monitor growth (weight and height) in pediatric patients treated with CNS stimulants, including VYVANSE. In a 4-week, placebo-controlled trial of VYVANSE in patients ages 6 to 12 years old with ADHD, there was a dose-related decrease in weight in the VYVANSE groups compared to weight gain in the placebo group. Additionally, in studies of another stimulant, there was slowing of the increase in height.

Stimulants, including VYVANSE, are associated with peripheral vasculopathy, including Raynaud's phenomenon. Signs and symptoms are usually intermittent and mild; however, very rare sequelae include digital ulceration and/or soft tissue breakdown. Effects of peripheral vasculopathy, including Raynaud's phenomenon, were observed in post-marketing reports at different times and at therapeutic doses in all age groups throughout the course of treatment. Signs and symptoms generally improve after reduction in dose or discontinuation of drug. Careful observation for digital changes is necessary during treatment with stimulants. Further clinical evaluation (e.g., rheumatology referral) may be appropriate for certain patients.

The following adverse reactions have been identified during post approval use of VYVANSE. Because these reactions are reported voluntarily from a population of uncertain size, it is not possible to reliably estimate their frequency or establish a causal relationship to drug exposure. These events are as follows: cardiomyopathy, mydriasis, diplopia, difficulties with visual accommodation, blurred vision, eosinophilic hepatitis, anaphylactic reaction, hypersensitivity, dyskinesia, dysgeusia, tics, bruxism, depression, dermatillomania, alopecia, aggression, Stevens-Johnson Syndrome, chest pain, angioedema, urticaria, seizures, libido changes, frequent or prolonged erections, constipation, and rhabdomyolysis.

MAOI antidepressants slow amphetamine metabolism, increasing amphetamines effect on the release of norepinephrine and other monoamines from adrenergic nerve endings causing headaches and other signs of hypertensive crisis. Toxic neurological effects and malignant hyperpyrexia can occur, sometimes with fatal results.

The concomitant use of VYVANSE and serotonergic drugs increases the risk of serotonin syndrome.

The concomitant use of VYVANSE and CYP2D6 inhibitors may increase the exposure of dextroamphetamine, the active metabolite of VYVANSE compared to the use of the drug alone and increase the risk of serotonin syndrome.

Urinary alkalinizing agents can increase blood levels and potentiate the action of amphetamine.

May enhance the activity of tricyclic or sympathomimetic agents causing striking and sustained increases in the concentration of d-amphetamine in the brain; cardiovascular effects can be potentiated.